Racing the EGT Tesla and Building a Sustainable Racetrack

– a Busy Year for SPV Racing and Circuito do Sol

In the summer of 2018, the Electric GT Electric Production Car Series presented the very first Tesla Model S P100D race car to the public in Barcelona. The unique race car was built with a complete bodywork from Bcomp’s ampliTex™ and powerRibs™ flax fibre technologies, contributing to reducing the car’s weight by 500 kg compared to the production model.

Two years later, the Electric GT race series has been temporarily put on hold and its future is open. But what happened to the first EGT Tesla race car that was built? 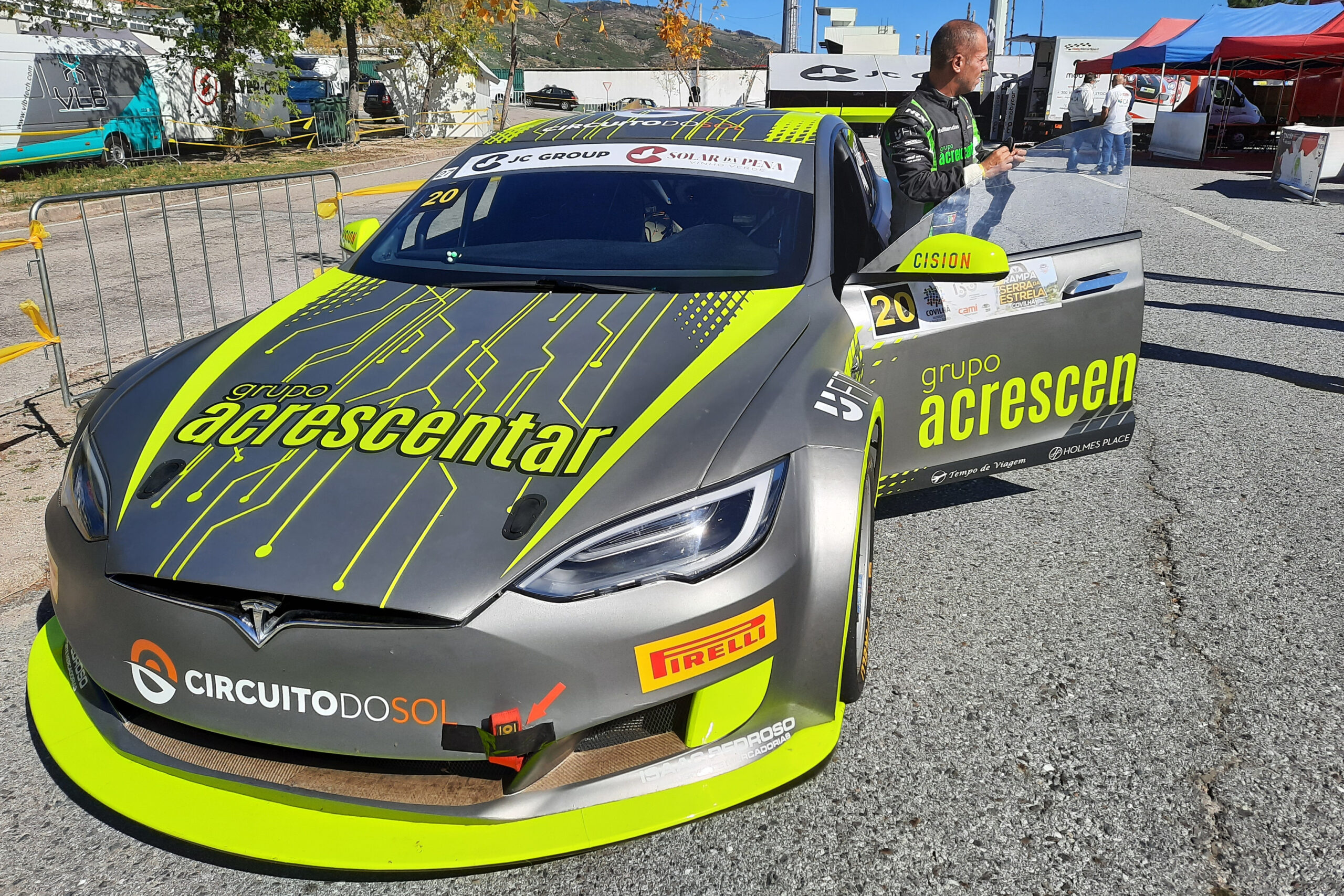 SPV Racing was the first race team to buy an EGT Tesla Model S P100D. The team principal and one of the driving forces behind SPV Racing, Lars Lindberg, is a man with a deep passion for motorsports. A passion accompanied by high ambitions to push sustainable technologies in the motorsports and road mobility sectors. These ambitions moved SPV Racing to fully support the Electric GT Championship from the very beginning, and culminated in SPV buying the first EGT Tesla before the series was put on hold.

Since 2018 SPV Racing has been busy optimising their Tesla race car to unlock its full potential. Together with their partners they have managed to optimise the cooling systems, playing a key role in the car’s performance. Extensive efforts were also put into the software side of the car, paying off in the form of pure power. Taking full control over the engine and battery systems allows the team to optimise the car for every single race and make full use of its capabilities – and it has plenty to give!

For the 2020 race season the SPV’s Tesla will take to the start of the Portuguese Hill Climbing Series under the livery of CdS Engineering. After recently obtaining the FiA approval – making it the only FiA approved Tesla race car – the Model S P100D with natural fibre bodywork is expected to deliver some great performances in the upcoming hill climb races. Lindberg is utterly pleased with the performance they are getting from the car and enjoys finally seeing it on the racetrack. On the first race of this spring he proudly comments: “This was the first time that any electrical car participated in a normal FiA approved race.” Meanwhile, he is more than busy pushing forward on a lighthouse project for EV technology in motorsports.

In the Alentejo region of southern Portugal interesting things are happening. An old racetrack is about to be transformed into nothing less than a completely sustainable state-of-the-art EV technology hub for the motorsport world. Together with his partners, Lindberg is intent on building a centre for the development and testing of electric racing vehicles. The former racetrack is getting a complete overhaul and will ultimately provide options for three different loops. Beside the track, a brand-new technical facility will be hosting a full engineering department and workshop with state-of-the-art infrastructure, allowing for rapid prototyping and development capabilities. Large parts of the building will be taken up by a R&D centre that strongly focuses on lightweight composite materials and is modelled after Composite Design Sweden AB’s facilities.

The Circuito do Sol project will involve several stages over a long term. Adding trackside Hotels and real estate along with an inland lagoon, a Golf course and eventually even an international school ultimately evolving it into a place where people will live and work, are all part of the plan. The whole project is held together by the holistic approach to sustainability. The aspirations for true sustainability start with a large solar power plant on the side of the racetrack and extend over waste, sewage, and water management all the way to the layout, construction, and materials of the new buildings.

“International race teams will have the opportunity to come here for testing and developing their EV technologies. And they will be able to do this in a truly sustainable environment.”, says Lars Lindberg, Chairman of Circuito do Sol. He adds: “Having a deep passion for motorsports but also for making the world better and liveable, this is our contribution. Basically, we do our best to play a role in the paradigm shift that the automotive industry is currently going through.” 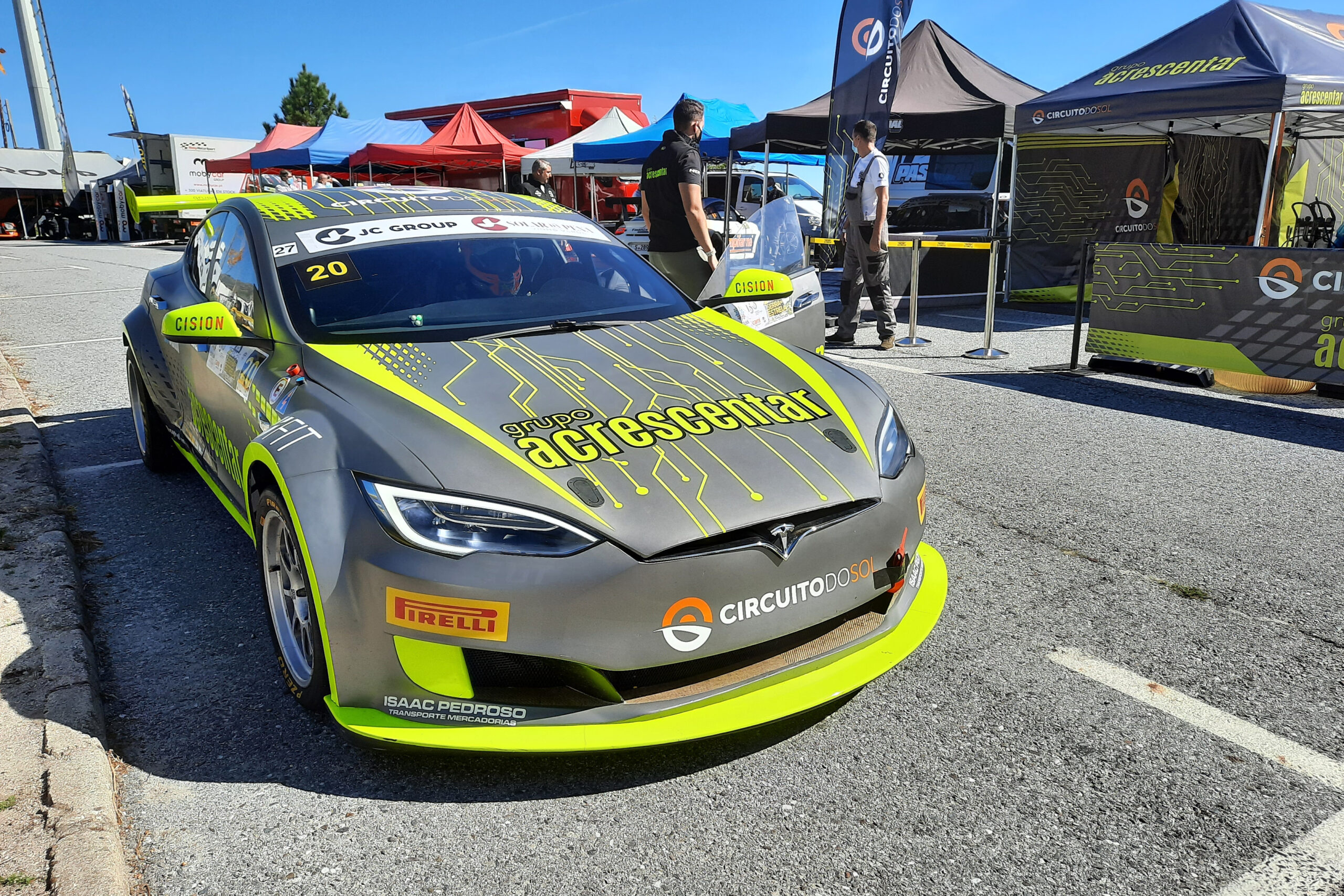 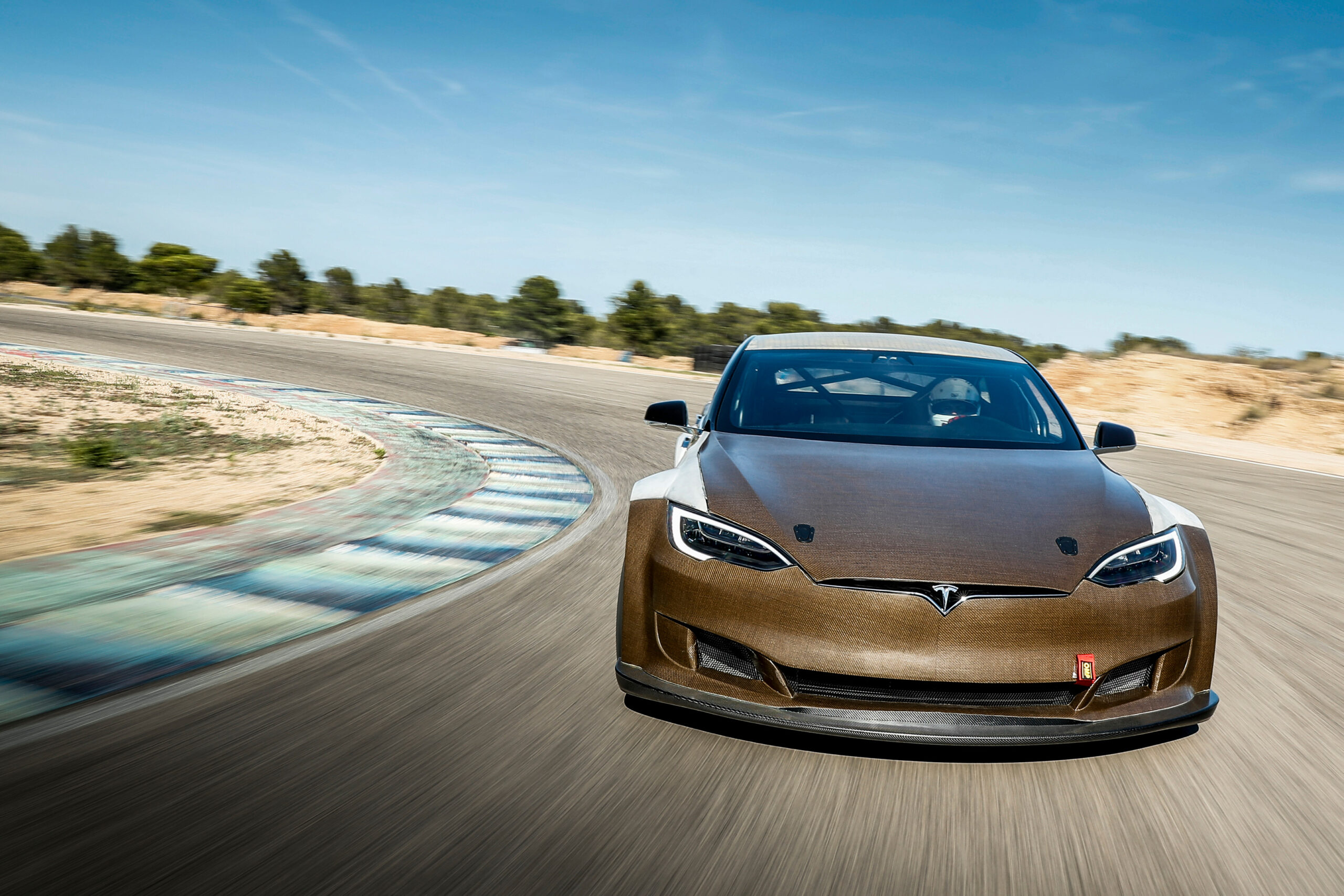 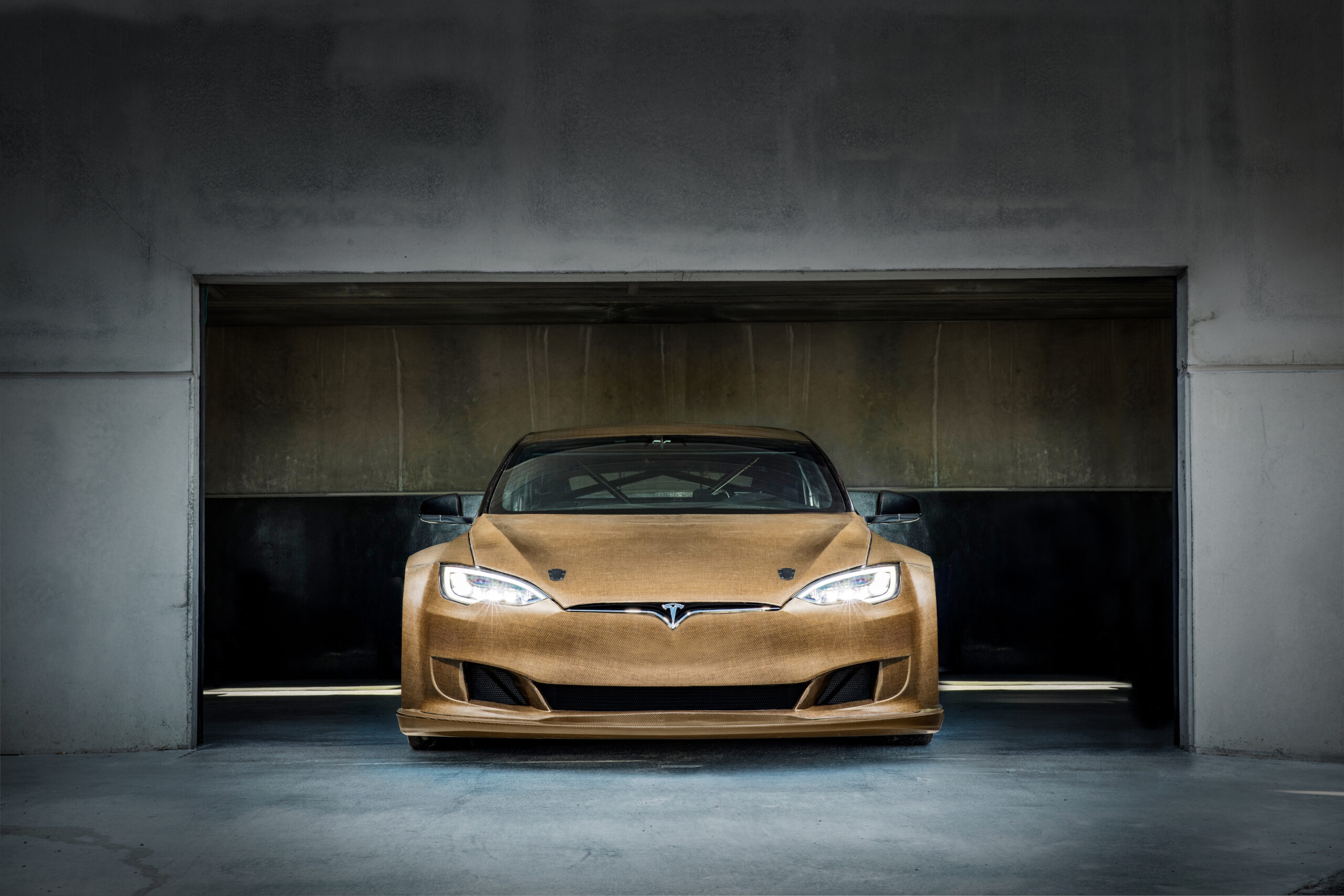 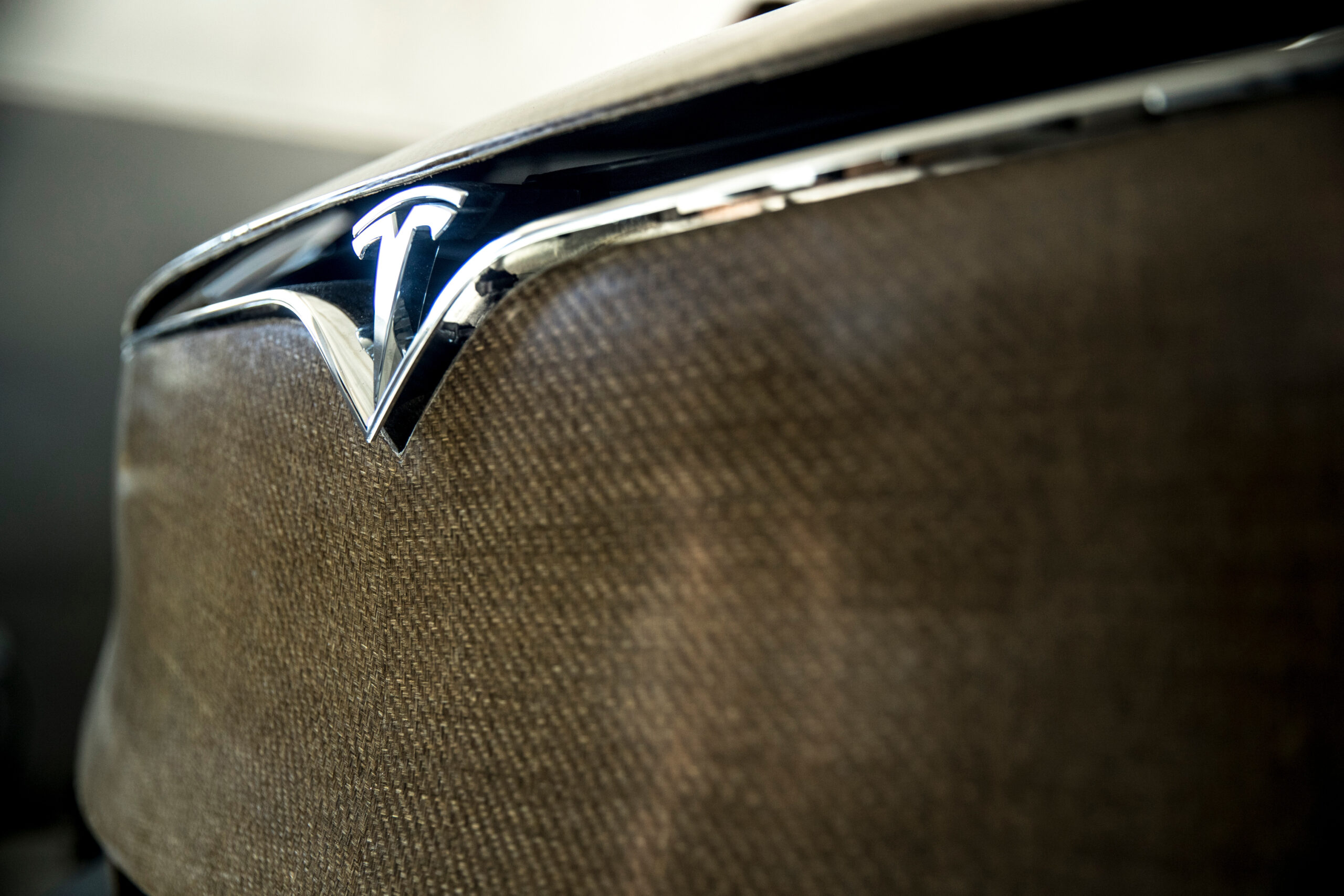 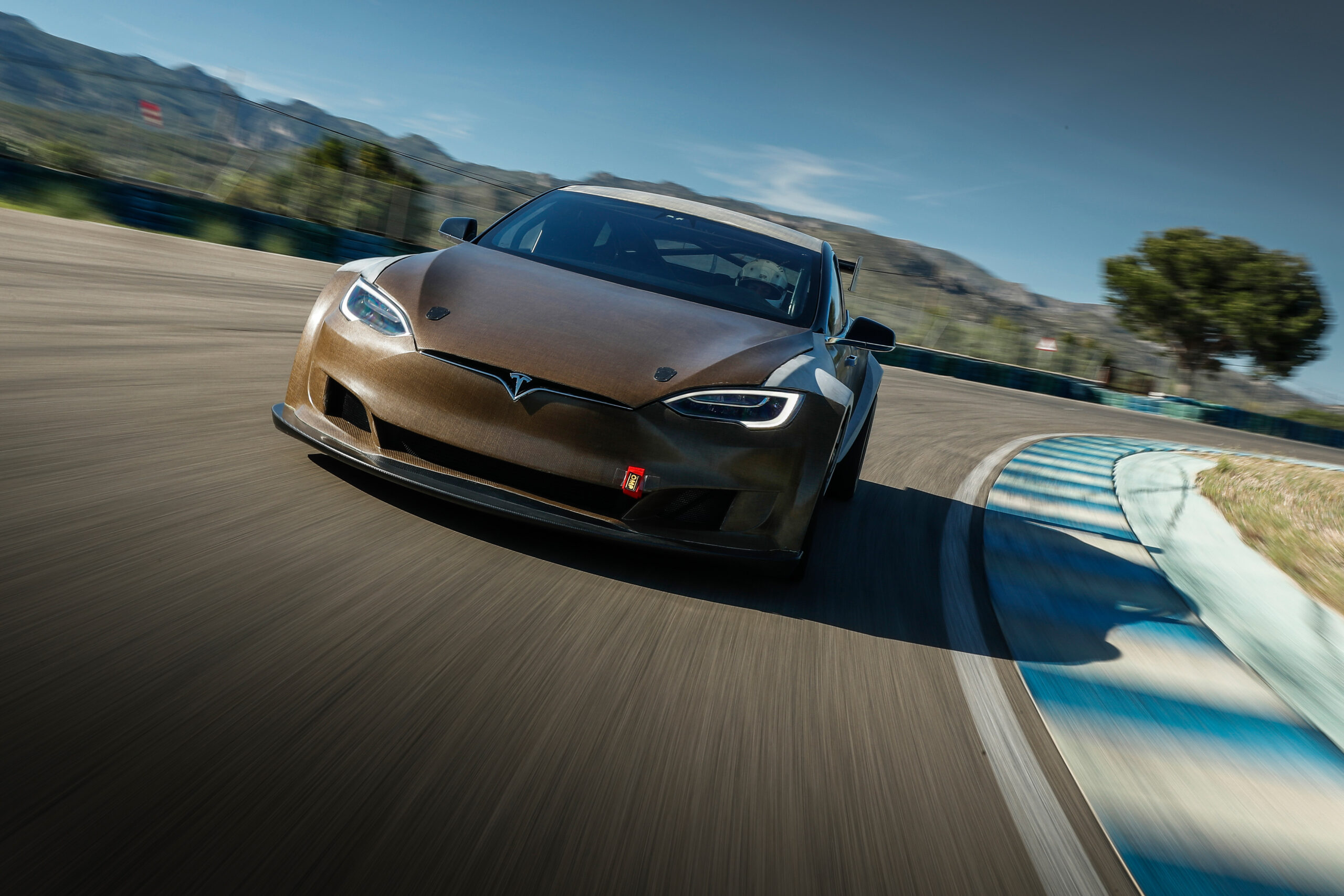 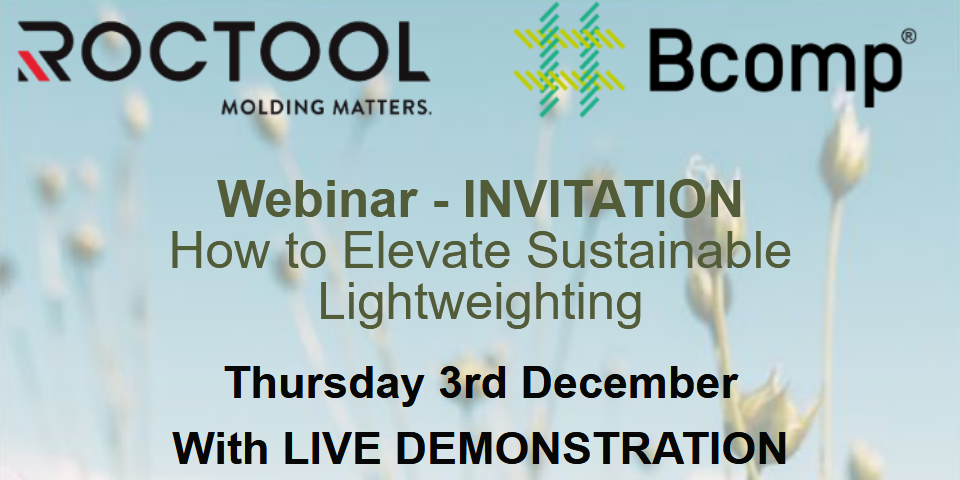 We invite you to join the upcoming webinar by Roctool and Bcomp on December 3, 2020. There will be a free live demo by Roctool, showing their LIT™ (Light Induction Tooling) technology in combination with Bcomp's thermoplastic natural fibre solutions. Date: December 3, 2020 In order to accommodate our international audience there will be two sessions with identical content. Session #1 - 9 am CET (central Europe) / 4 pm CST (China) -> Register for free Session #2 - 9 am EST (USA Eastern Time) / 3 pm CET (central Europe) -> Register for free Duration: 60 min 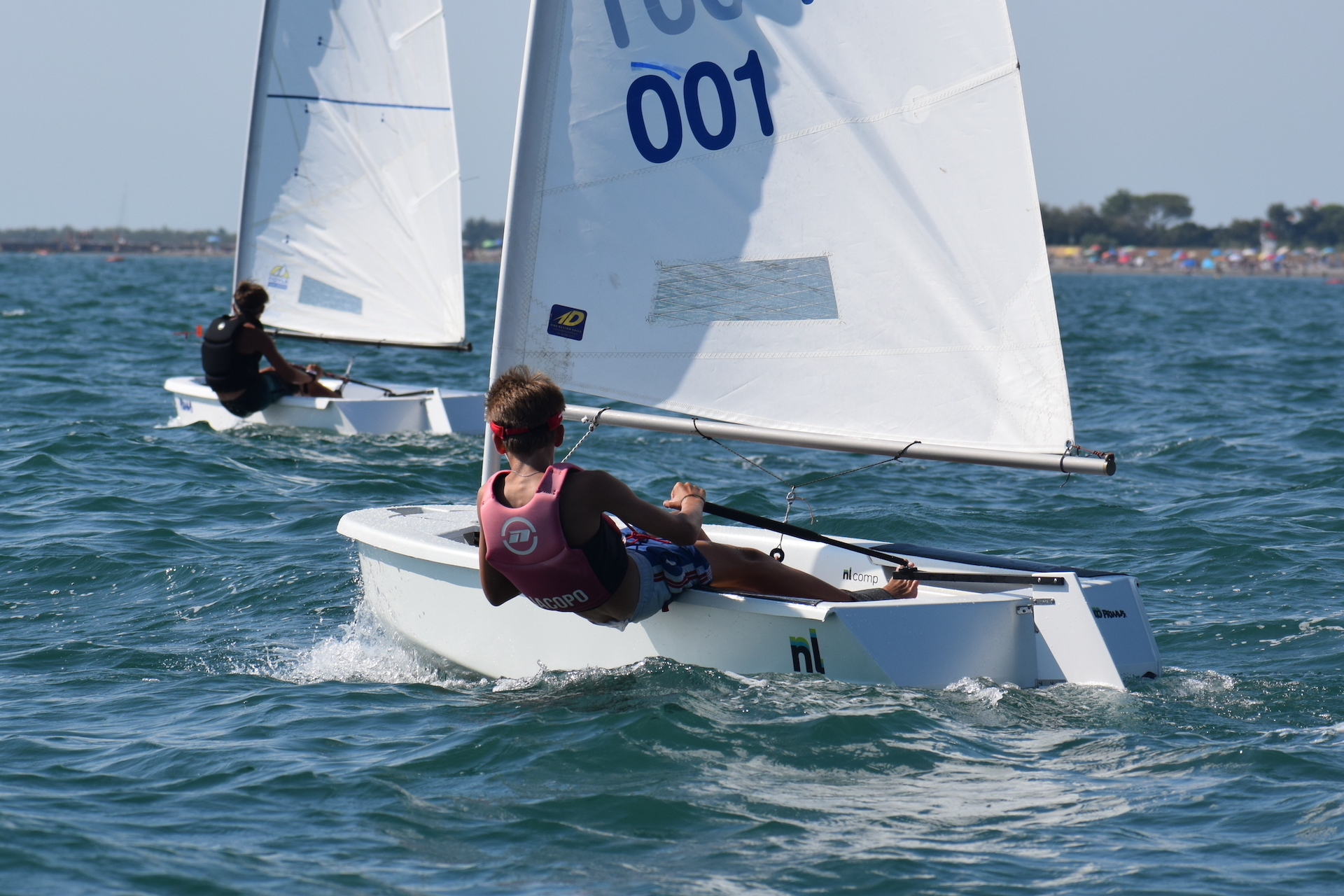 Northern Light Composites – based in Monfalcone, Italy – have recently introduced a sustainable and recyclable dinghy for sailing schools and young sailors. NL Composites and their Ecoprimus received an honourable mention as part of the Design Innovation Award during the Genoa Boat Show. The Ecoprimus dinghy in action Recyclable Dinghy with Sustainable Materials The Ecoprimus dinghy is made from flax fibre composites and recycled PET core materials. Arkema’s novel Elium resin allows the boat to be easily recyclable at the end of its lifetime. The thermoplastic resin can be separated from the fibres and completely recycled to create new resin. The flax fibres are locally grown in Europe and allow to significantly reduce the carbon footprint of the boat when compared to conventional glass or carbon fibres. Thanks to the innovative construction, the dinghy is completely recyclable at the end of its life and the flax fibres and resin can be reused for the construction of new non-structural parts. The nlcomp Team About their honourable mention at the Genoa Boat Show, Fabio Bignolini – Project Manager at nlcomp – says: “It is a truly great feeling to be awarded here at the Boat Show together with shipyards of international standing. It is a great opportunity for our start-up: in the coming weeks we will start a promotional campaign to show the Ecoprimus to sailing clubs and spread awareness for sustainability and respect for the environment with the young people who are approaching sailing.” https://www.youtube.com/watch?v=QxcfuqHzzcw A New Circular Yacht Economy The marine start-up from Italy is looking to change the yacht economy. One of the biggest issues of the nautical sector consists of boats that have reached the end of their life on water. Boat hulls made from glass and carbon fibre composites typically end up being abandoned on construction sites, ship graveyards or in the countryside. Northern Light Composites is looking to introduce a new circular economy to the yacht sector. The use of 100% flax fibres, recycled core materials and a completely recyclable resin system result in a new and sustainable way to build sailing boats. Not only do these materials result in a reduced CO2 footprint of the boats cradle-to-gate but also allow for completely new end-of-life options. Learn more www.northernlightcomposites.com 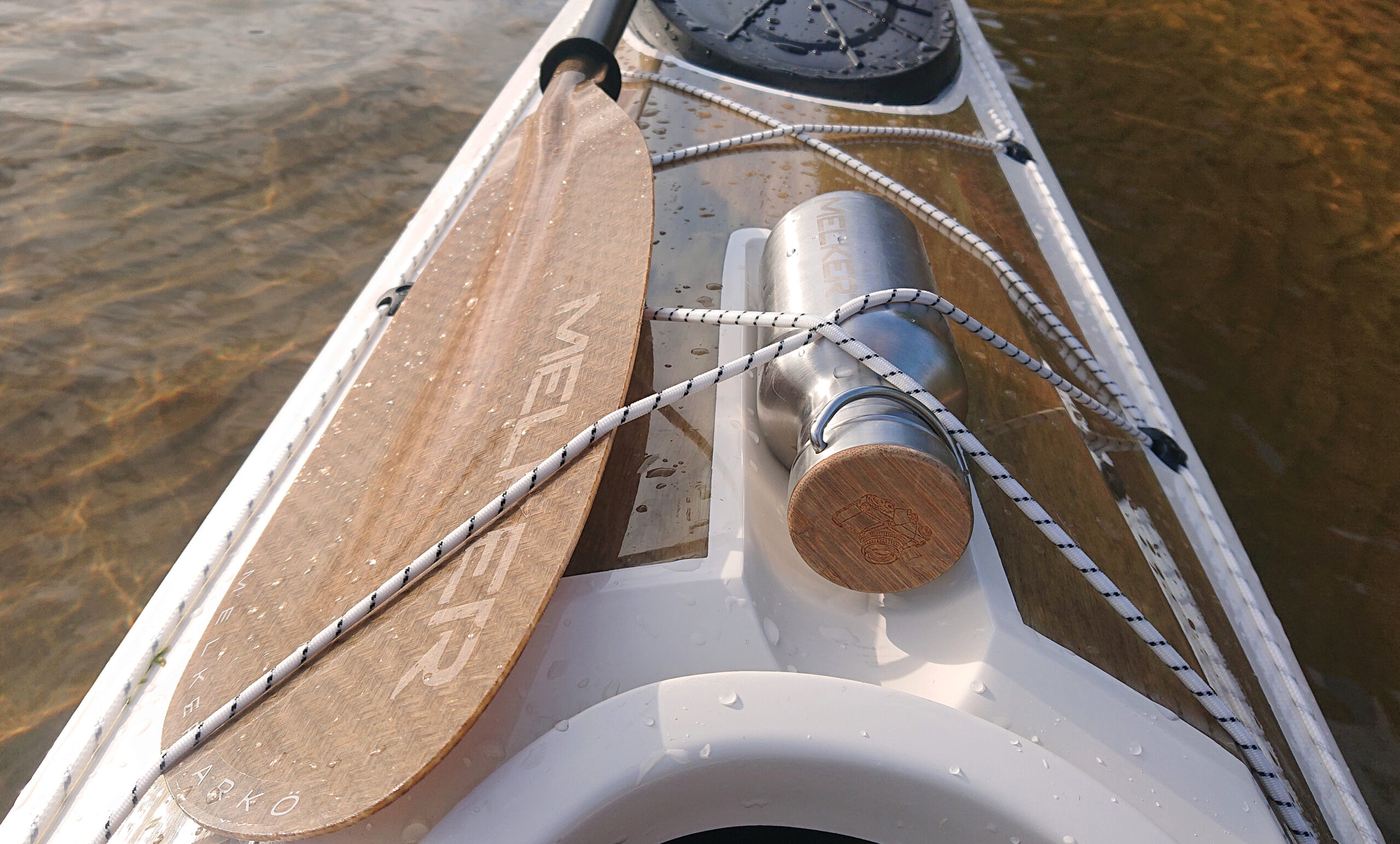 Melker of Sweden launches the Melker Arkö – an innovative paddle made with Bcomp’s technical flax fabrics. The Arkö is a unique paddle which unites innovative design, traditional craftsmanship, natural beauty, and technical performance of the highest level.   Since its inception in 2015, Värmland-based Melker of Sweden has had a vision of manufacturing innovative outdoor products with as little environmental impact as possible, without sacrificing neither  performance nor design. https://www.youtube.com/watch?v=Sj9erP9kyoU Leading the Way for Sustainable Paddling Equipment With the Arkö paddle Melker continues to lead the way for innovation, sustainability, craftsmanship, and design. By combining the highest possible technical performance with the natural beauty of flax fibres they have created a very special paddle. The renewable and technically advanced ampliTex™ flax fabrics provide the excellent material properties for the well-thought-out design. The medium-sized paddle with its balanced blade design meets most paddlers’ high demands for a primary paddle. It cuts through the water easily and rewards the kayaker with high power and speed. The blade shape offers precise control while the flax fibres add specific compliance, putting less strain on the shoulders and joints and allowing for a more relaxed paddle stroke. Sustainable High-Performance Materials The use of natural, high-performance flax fibres that are locally grown in Europe allows Arkö paddle to achieve the highest possible mechanical properties while significantly reducing its  CO2 footprint. Melker chose to work with ampliTex™ technical fabrics to give the Arkö its lightweight but durable construction with optimal strength and stiffness. Choosing to use flax fibres naturally provides higher vibration damping which – together with the design – results in a paddle that feels distinctively different and is very easy to handle. “With the Melker Arkö, we have combined our knowledge and experience in innovation, craftsmanship, design, and bio-based materials and created a completely unique paddle – a carefully designed partner for a life on the water,” says Pelle Stafshede, founder of Melker of Sweden.       Previous Next Learn More News in Swedish on Melker's webpage www.melkerofsweden.com