For the Pikes Peak hill climb race of 2018 Gillet Automobiles from Belgium built a unique version of their Vertigo supercar. Traditionally the Vertigo is built with carbon fibre bodywork. For this special occasion though, a completely custom bodywork was made with Bcomp’s ampliTex™ and powerRibs™ solutions. 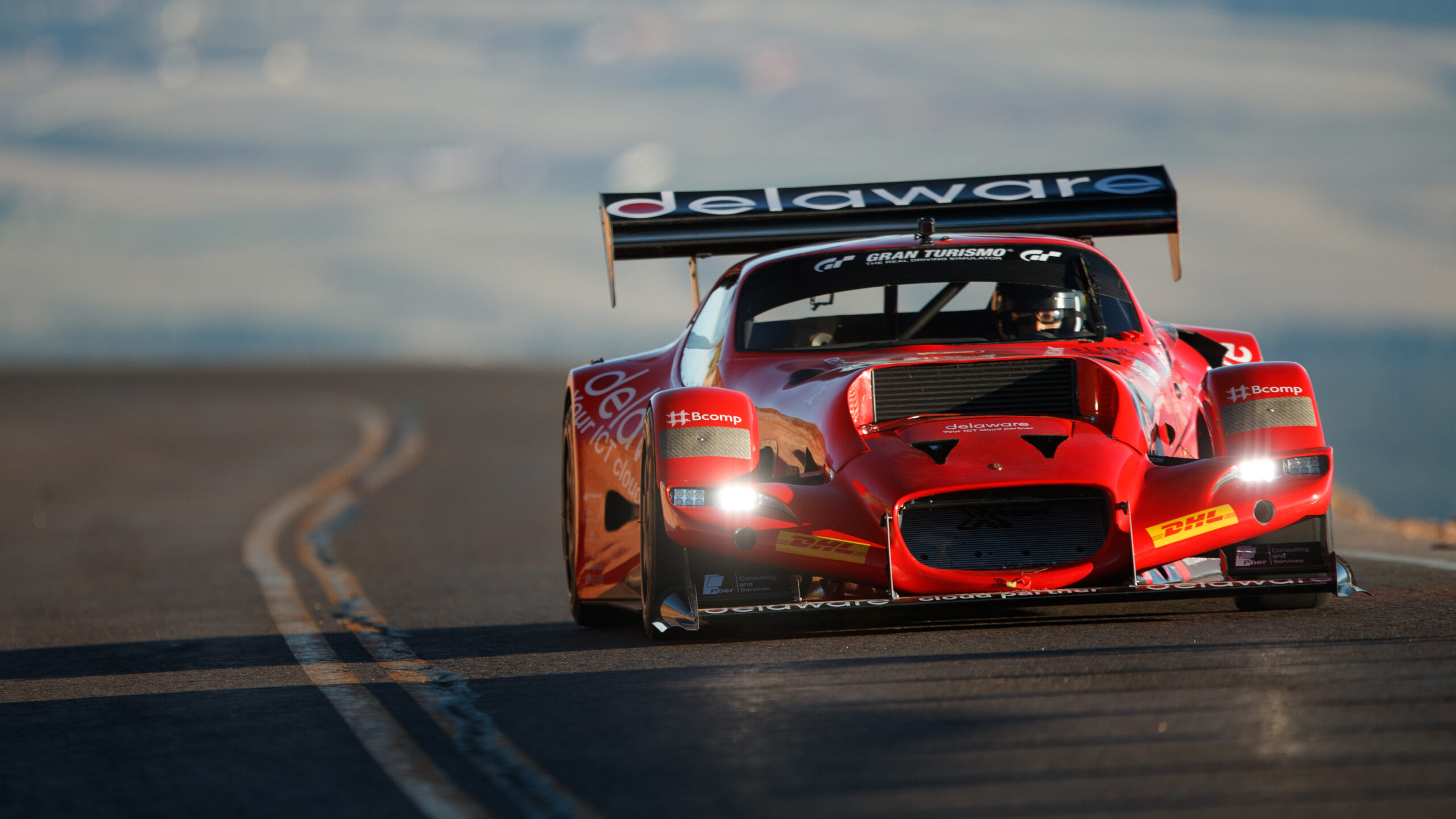 Race to the Clouds

The Pikes Peak International Hillclimb is a historical race, dating back to the year of 1916. The race takes place in the front range of the Rocky Mountains in Colorado. Starting at an elevation of 2’862 m.s.l. the road climbs over 1’439 m to the top of the summit of Pikes Peak at 4’301 m.s.l. and has over 156 turns.

Over the years the construction of the Vertigo has been updated several times, but it has kept its carbon fibre structure. For its 25th anniversary Gillet Automobiles have gone the extra mile of designing a new car from scratch just for the iconic Pikes Peak race. The car was designed around its driver Vanina Ickx, daughter of former F1 World Champion star Jacky Ickx. The bodywork for this unique car was designed with natural flax fibres instead of conventional carbon fibre. Bcomp’s solution with ampliTex™ technical fabrics and powerRibs™ reinforcement grid allowed the engineers to create parts with comparable weight to carbon fibre parts, produced with the same established manufacturing techniques.

The flax fibres shine with their inherently outstanding damping properties, safe crash behaviour without any sharp debris as well as an up to 75% lower CO2 footprint cradle to gate. Belgium being one of the biggest producers of flax fibres, it was only fitting that Belgian Gillet Automobiles would be using a material that grows in its own backyard.

On June 24th, Vanina Ickx successfully piloted the flax clad Gillet Vertigo to a 6th place in the Time Attack 1 category. She raced the 19.2 km road to the top of Pikes Peak in less than 11 minutes. 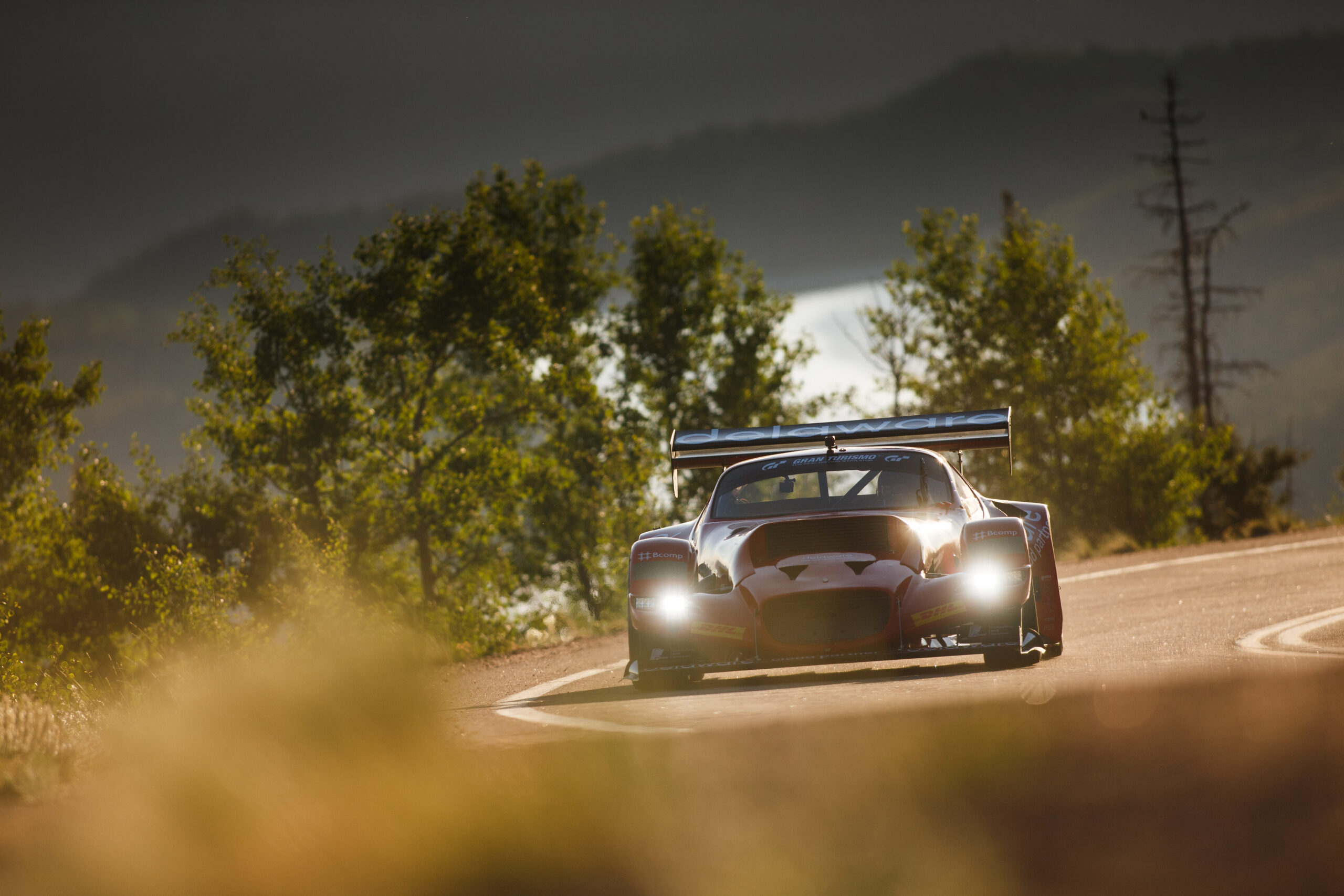 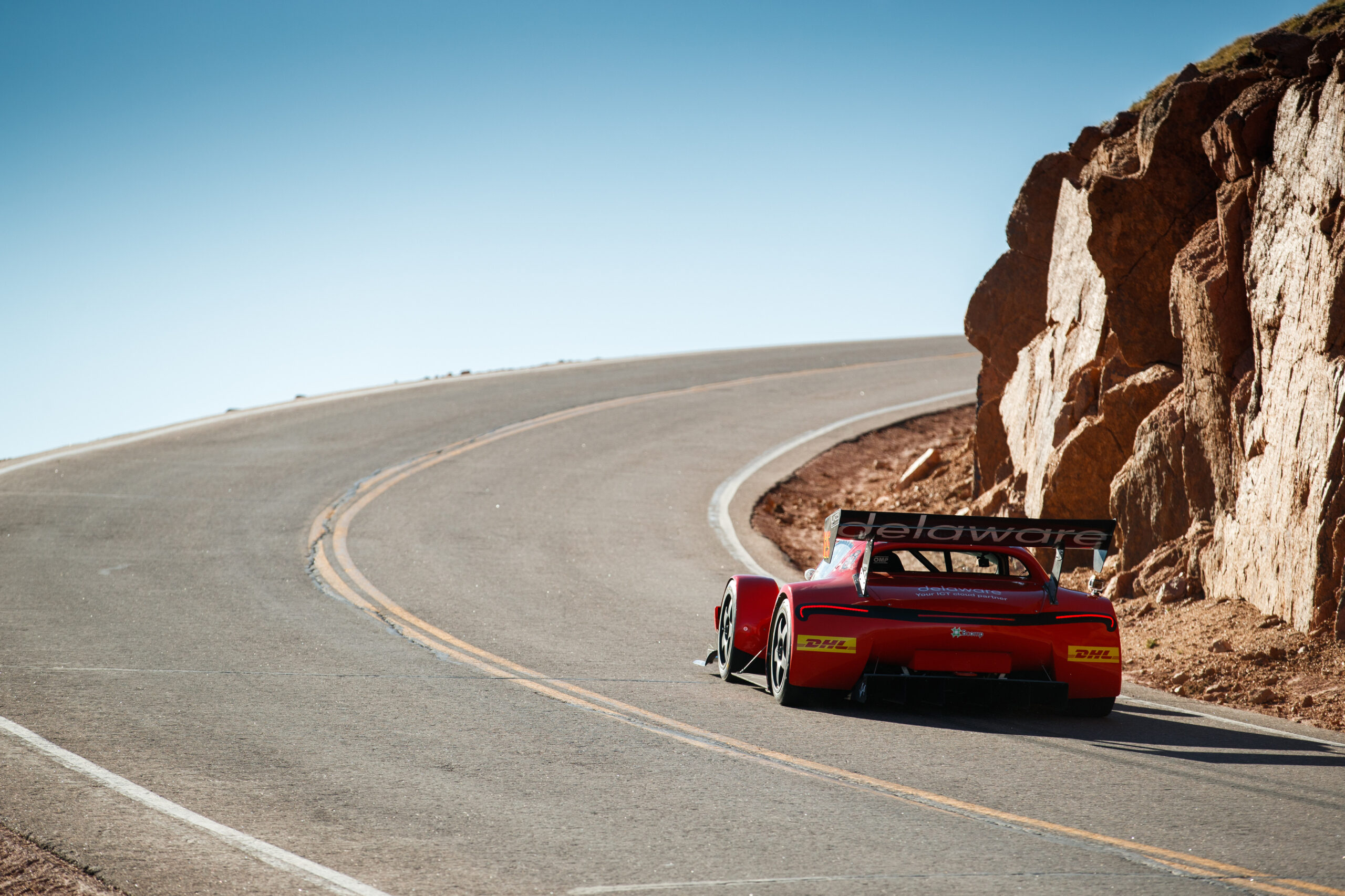 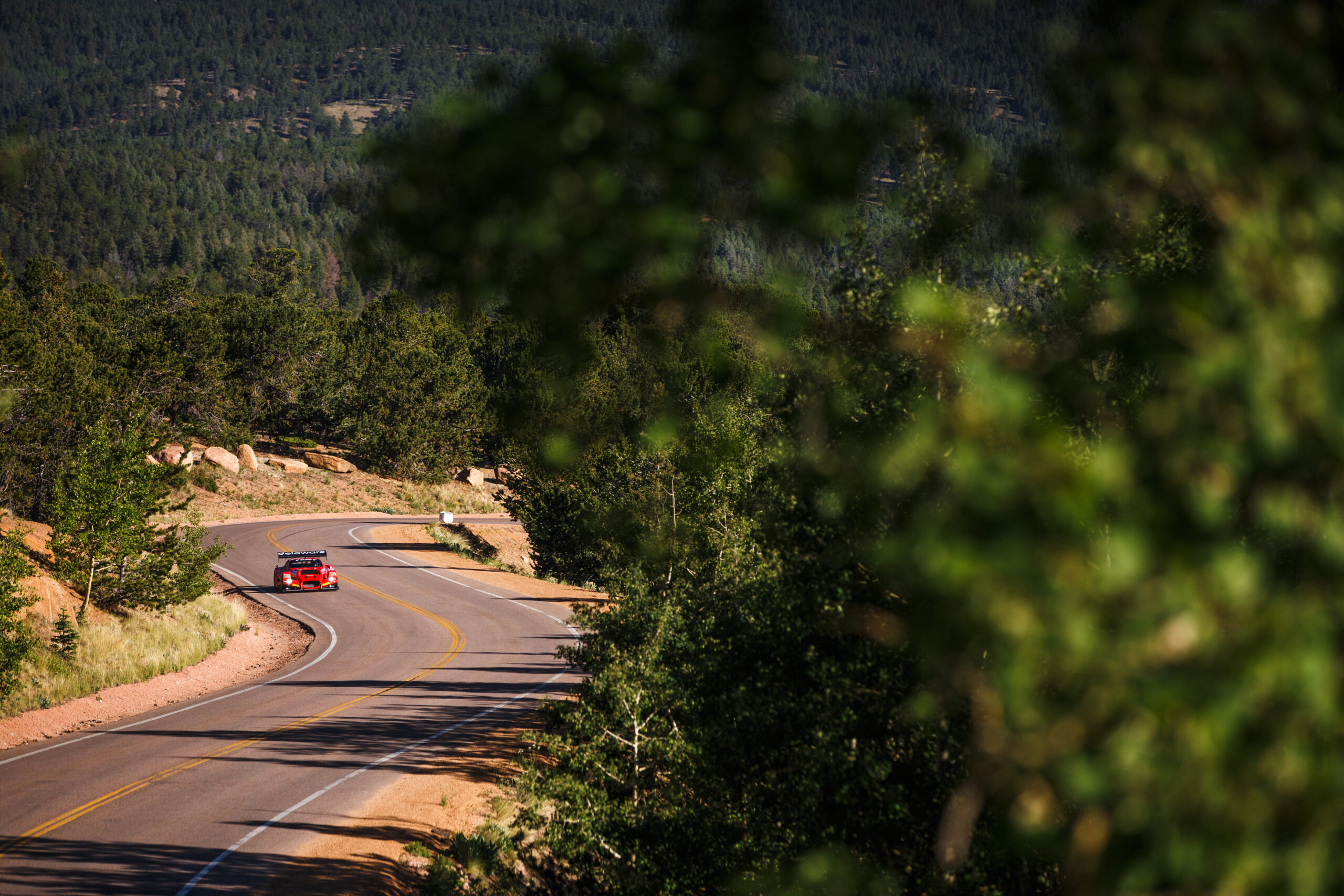 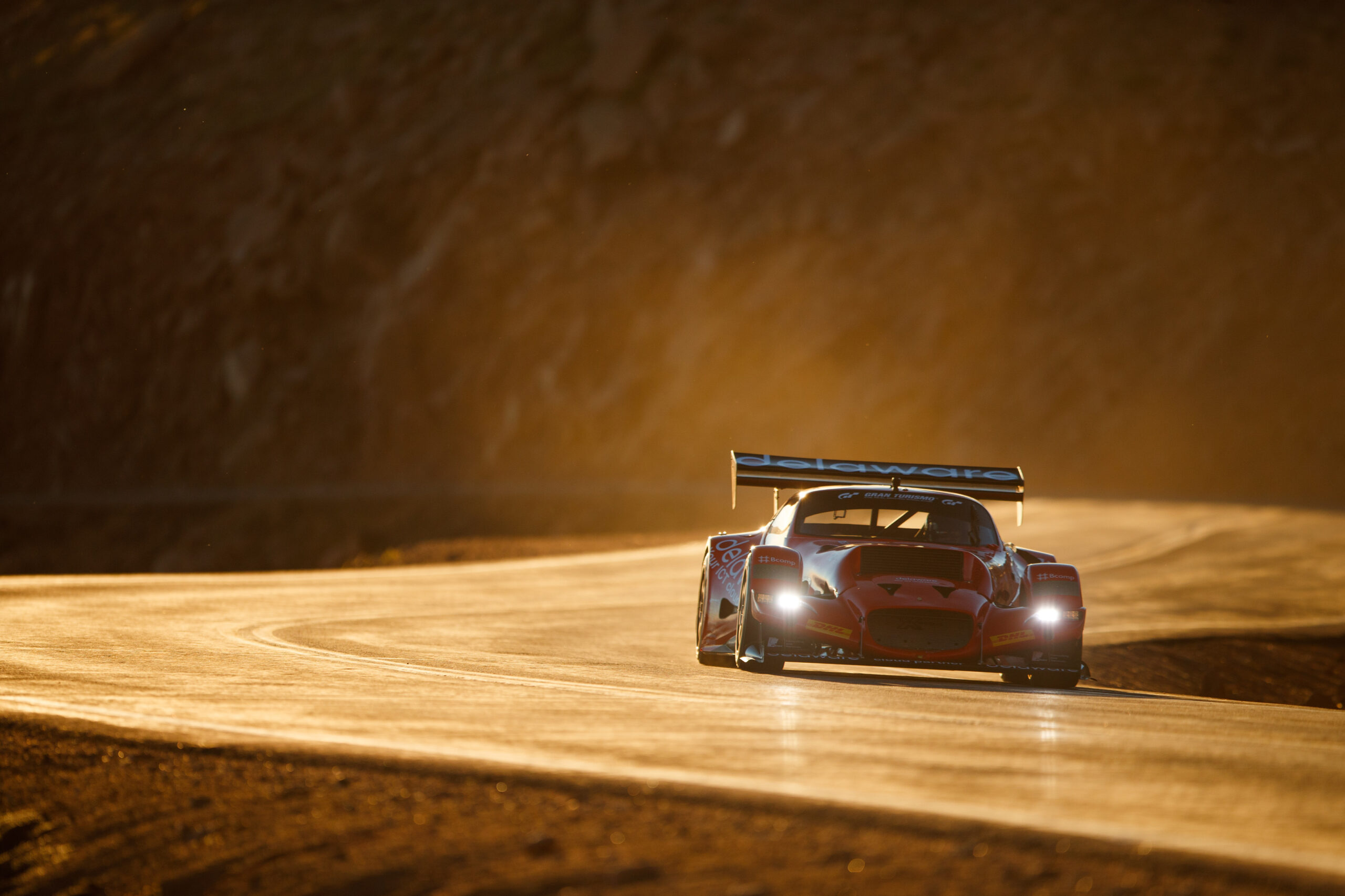 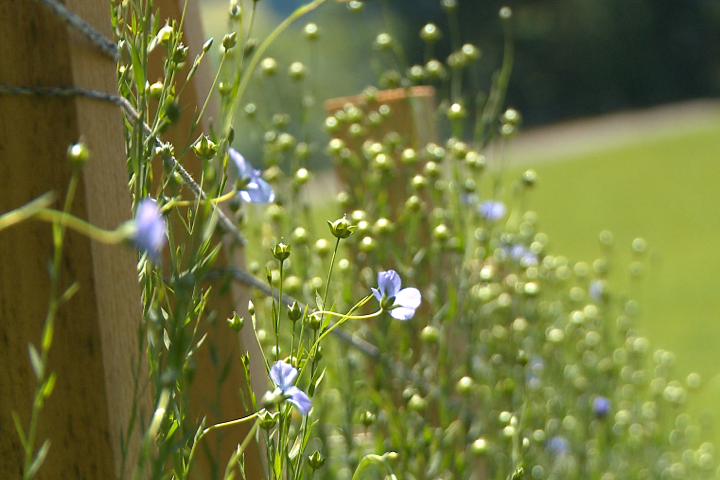 Reshaping the Board of Directors

The year of Bcomp’s 10th anniversary also marks a year of changes on the board of Bcomp Ltd. Our trusted Chairman of the Board, Christian Beer, is stepping down from his position after 10 years of passionate support to Bcomp’s management team. Christian Beer has accompanied Bcomp since the very early days and contributed to the incredible journey of the small startup to the scaleup company of today. The entire team at Bcomp would like to thank Christian Beer and wishes him all the best for his future projects. Looking back on his time with Bcomp, Christian Beer concludes that: “It  was a privilege to accompany Bcomp  to its current status as a scaleup as an investor and chairman. This great team with its highly developed top products, which meet the highest requirements in terms of resilience and sustainability, will find many applications for its products in the large markets of mobility.” Thomas Rauber, long-time member of the board and early-stage investor, is taking over the role as Chairman of the Board at Bcomp. At the same time, we welcome Christian Jaag as a new Member of the Board. Thomas Rauber, member of the StartAngels Network and CEO of TR Invest SA, has been a Bcomp investor and board member ever since the start of our adventure.  In addition to the significant contribution to Bcomp’s development throughout the years and his deep understanding of the business, Thomas has a proven track record in the cleantech sector while he has also demonstrated his qualifications as Chairman and member of several national boards. “Since 2012 I have been accompanying Bcomp as a seed investor and board member on this incredible journey to become the global leader in high performance lightweight natural fibre composites. In my new role as Board Chairman, I look forward to working with this fantastic team to conquer the automotive OEM, aerospace and marine industries.”, says Thomas about the start of a new era in his involvement with Bcomp. Christian Jaag holds a PhD in Economics and Finance from the University of St. Gallen. As a leading competition economist, regulatory expert and experienced board member, he will be a great addition to Bcomp’s board. Christian is excited to become a part of the Bcomp journey and adds: “Sustainability and leading technology are not just buzzwords at Bcomp, they are cornerstones of the company's excellent positioning. As a member of the Board of Directors, I look forward to actively shaping its next stage of development.” 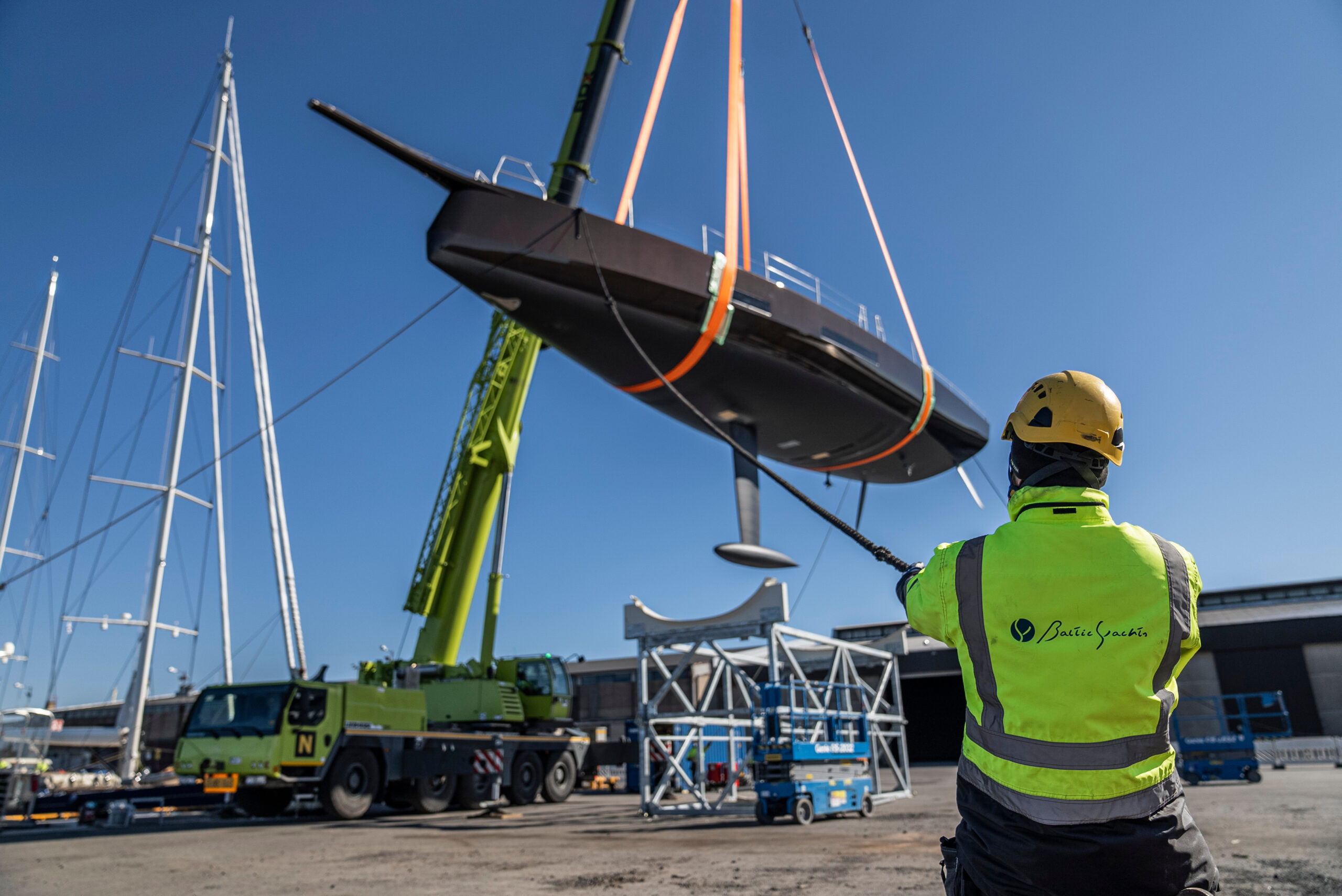 Launch of the Baltic 68 Café Racer

The first Baltic 68 Café Racer was launched on schedule at the end of May when her super-stylish looks were revealed for the first time, her ease of use demonstrated and a new era of low carbon footprint yacht building unveiled. https://www.youtube.com/watch?v=5KrBkRhpbFg Some 50% of the Café Racer’s hull and deck mouldings use Bcomp’s ampliTex™ technical fabrics, made of naturally grown flax, as a reinforcement. A SPRINT prepreg lamination technique developed by Gurit is being used in this instance. Flax dramatically reduces the overall carbon footprint of the build and works well in conjunction with more conventional advanced composites, which are still used throughout the structure. “This is a yacht which tackles today’s challenges of sustainability and low carbon targets head on – she’s fun and easy to handle, offering a genuinely rewarding sailing experience. Baltic’s engineers and partners have incorporated a brilliant, naturally grown yacht building material in sustainable flax which perfectly complements the advanced composites expertise for which the company is renowned”, said Henry Hawkins, Baltic Yachts' Executive Vice President. For more information: www.balticyachts.fi/yachts/baltic-68-cafe-racer/ Full press release from Baltic Yachts 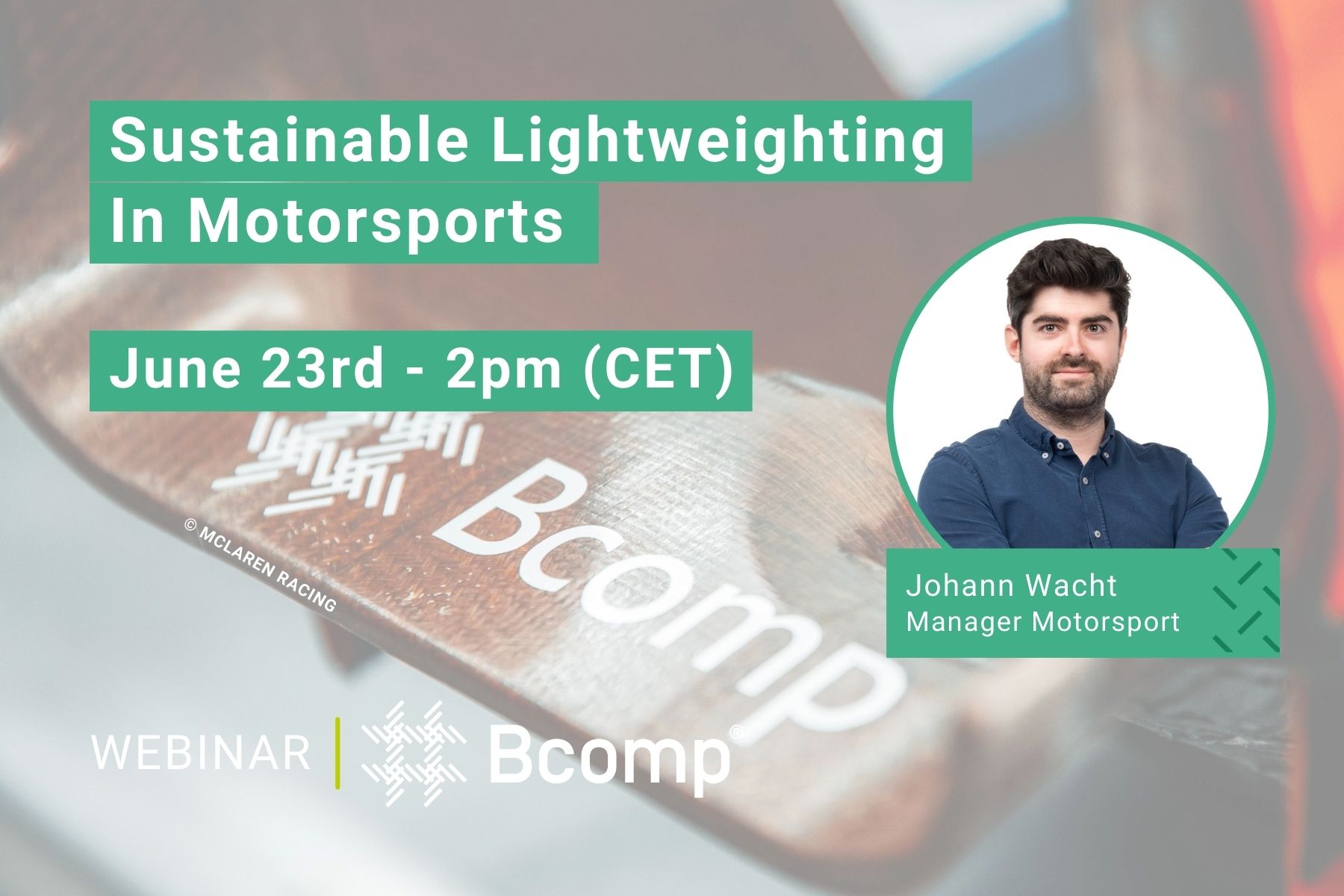 Join our very own Johann Wacht, Manager Motorsports, for an inspiring webinar on Sustainable Lightweighting in Motorsports. The first in an upcoming series of webinars where we will be diving into the details of our sustainable lightweighting solutions for different sectors. About the webinar: Since the introduction of carbon fibre to the racing world 40 years ago, it has been seen as the holy grail for bodyworks - this is about to change now. Carbon fibre has a striking sustainability and safety issue that can't be overlooked anymore. Bcomp's ampliTex™ + powerRibs™ natural fibre solutions offer the same stiffness and weight of thin-walled monolithic carbon fibre parts in a package that reduces the CO2 footprint by approximately 85% cradle-to-gate and is much safer due to a ductile breaking behaviour without sharp debris in case of a crash. Viable end-of-life options in the form of incineration for highly efficient thermal energy recovery without hazardous residual waste and avoiding the need for landfills further boosts the overall sustainability of Bcomp's natural fibre solutions. About the speaker: Johann Wacht is Manager Motorsports at Bcomp since 2018, responsible for implementing Bcomp’s sustainable lightweighting solutions with leading motorsports clients around the world, from GT customer racing up to F1. With a background in mechanical and automotive engineering as well as international sports management, he has built no less than five cars from scratch and has worked with composites for nine years. Motorsports delivers the proof of concept for high-performance applications under the most extreme environments and especially GT series act as scaling opportunity with close to road requirements, opening the doors to the premium mobility market. Details: What: 30 min presentation followed by an interactive Q&A session When: Wednesday June 23rd - 2.00 pm (CET) Where: online via Microsoft Teams Sign up here 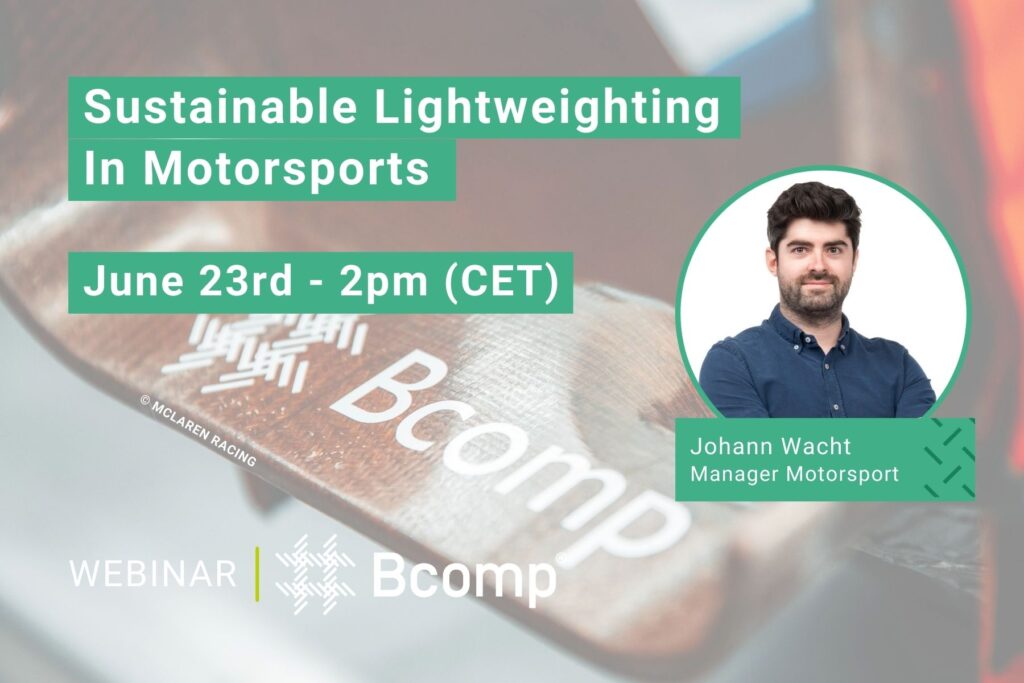 We use cookies on our website to give you the most relevant experience by remembering your preferences and repeat visits. By clicking “Accept”, you consent to the use of ALL the cookies. However you may visit Cookie Settings to provide a controlled consent.
Cookie settingsACCEPT
Manage consent

Any cookies that may not be particularly necessary for the website to function and is used specifically to collect user personal data via analytics, ads, other embedded contents are termed as non-necessary cookies. It is mandatory to procure user consent prior to running these cookies on your website.

Analytical cookies are used to understand how visitors interact with the website. These cookies help provide information on metrics the number of visitors, bounce rate, traffic source, etc.

Performance cookies are used to understand and analyze the key performance indexes of the website which helps in delivering a better user experience for the visitors.

Advertisement cookies are used to provide visitors with relevant ads and marketing campaigns. These cookies track visitors across websites and collect information to provide customized ads.